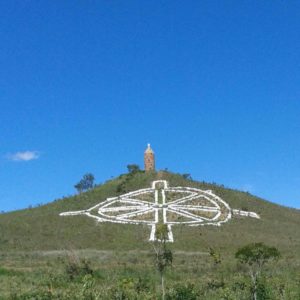 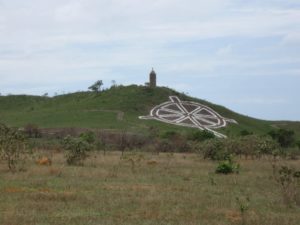 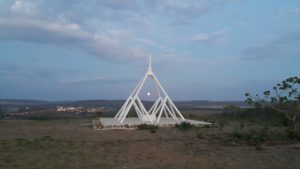 “To be true, religion and philosophy must offer the solution of every problem. That the world is in such a bad condition morally is a conclusive evidence that none of its religions and philosophies (…), have ever possessed the truth.

The right and logical explanations on the subject of the problems of the great dual principles — right and wrong, good and evil, liberty and despotism, pain and pleasure, egotism and altruism — are as impossible to them now as they were 1881 years ago. They are as far from the solution as they ever were; but to these there must be somewhere a consistent solution, and if our doctrines prove their competence to offer it, then the world will be quick to confess that must be the true philosophy, the true religion, the true light, which gives truth and nothing but truth.” (Mahachohan, letter with His visions. Letters from the Masters of the Wisdom, 1st Series, n. 1, p. 9)

Exoteric Creeds Generate Opression and Struggle. It Is Esoteric Philosophy Alone that Can Bring Mediate State and Finally Lead to the Alleviation of Human Suffering

“Under the dominion and sway of exoteric creeds, the grotesque and tortured shadows of Theosophical realities, there must ever be the same oppression of the weak and the poor and the same typhonic struggle of the wealthy and the might among themselves … It is esoteric philosophy alone, the spiritual and psychic blending of man with Nature, that, by revealing fundamental truths, can bring that much disered mediate state between the two extremes of human Egotism and divine Altruism, and finally lead to the alleviation of human suffering.” (Adept. Letters from the Masters of the Wisdom, 2nd Series, n. 82, p. 157)

Purpose We Have All at Heart: Dissemination of TRUTH Conveyed by Whatever Religious Channel

“This is not the desire alone of either of us two, known to Mr. Sinnett, or of both, but the express wish of the Chohan Himself. Mrs. Kingsford’s (Dr Anna Kingsford) election is not a matter of personal feeling between ourselves and that lady but rests entirely on the advisability of having at the head of the Society, in a place like London, a person well suited to the standard and aspirations of the (so far) ignorant (of esoteric truths) and therefore, malicious public. (…) a question whether the said lady is fitted for the purpose we have all at heart, namely the dissemination of TRUTH through Esoteric doctrines, conveyed by whatever religious channel, and the effacement of crass materialism and blind prejudices and skepticism.” (K.H. The Mahatma Letters to A.P. Sinnett, n. 85, p 398)

Only Object to Be Striven for: the Spread of Truth Suited to the Various Stages of His Development and of the Country He Inhabits and Belongs to

“The only object to be striven for is the amelioration of the condition of MAN by the spread of truth suited to the various stages of his development and of the country he inhabits and belongs to. TRUTH has no ear-mark and does not suffer from the name under which it is promulgated — if the said object is attained.” (K.H. The Mahatma Letters to A.P. Sinnett, n. 85, p. 399)

Once the Veil of Symbolism Is Lifted All Churches Are Akin, and the Basic Doctrine of All Is Identical

“Once the veil of symbolism is lifted from the divine face of Truth, all Churches are akin, and the basic doctrine of all is identical (…). Greek, Hermetic, Buddhist, Vedantist, (1) Christian – all these Lodges of the Mysteries are fundamentally one and identical in doctrine. (…)
We hold that no single ecclesiastical creed is comprehensible by itself alone, uninterpreted by its predecessors and its contemporaries.
Students, for example, of Christian theology will only learn to understand and to appreciate the true value and significance of the symbols familiar to them, by the study of Eastern Philosophy and Pagan Idealism.
For Christianity is the heir of these, and she draws her best blood from their veins. And, forasmuch as all her great ancestors hid beneath their exoteric formulas and rites – themselves mere husks and shells to amuse the simple-minded – the esoteric or concealed verities reserved for the initiate, so also she reserves for earnest seekers and deep thinkers the true interior Mysteries which are one and eternal in all creeds and Churches from the foundation of the world.
This true, interior, transcendental meaning is the Real Presence, veiled in the Elements of the Divine Sacrament: the mystical Substance and Truth figured beneath the Bread and the Wine of the ancient Bacchic orgies, and now of our own Catholic Church.
To the unwise, the unthinking, the superstitious, the gross Elements are the objects of the rite; to the initiate, the seer, the son of Hermes, they are but the outward and visible signs of that which is ever and of necessity, inward, spiritual, and occult.

NOTE
(1) A careful and an erudite student of the Hindû Scriptures said that The Perfect Way contained “passages identical with some which he had rendered from the Upanishads, but of which no translation had ever been published; and he accounted for the coincidence by supposing an identical illumination of both” (Life of A.K., Vol. II, p. 310). Edward Maitland says: “Whenever the highest plane of consciousness has been attained, and entrance won to the ‘kingdom within,’ the doctrine discerned has been one and the same – to the mind a necessity, and to the soul a reality: and has always been that of the Gnosis, variously termed, by the Gentiles, Hermetic, and by Hebrews, Kabbalistic.” (Edward Maitland, quoted by Samuel Hopgood Hart, in his Preface to the Fifth Edition, xii-xiii, to the work The Perfect Way. Quotation from The Life of Anna Kingsford, Vol. II, pp. 123-124)

“It is only by studying the various great religions and philosophers of humanity, by comparing them dispassionately and with an unbiassed mind, that men can hope to arrive at the truth. It is especially by finding out and noting their various points of agreement that we may achieve this result. For the sooner do we arrive — either by study, or by being taught by someone who knows — at their inner meaning, than we find, almost in every case, that it expresses some great truth in Nature.” (Helena Blavatsky. The Key to Theosophy, p. 58)

It Is Necessary to Spread the Perennial Philosophy Gradually, With Direct Inferences and Corroborated by Modern Science

“The doctrine we promulgate being the only true one, must, supported by such evidence as we are preparing to give become ultimately triumphant as every other truth. Yet it is absolutely necessary to inculcate it gradually enforcing its theories, unimpeachable facts for those who know, with direct inferences deducted from and corroborated by the evidence furnished by modern exact science.” (Mahachohan, letter with His visions. Letters from the Masters of the Wisdom, 1st Series, n. 1, p. 9)

The Interpretation of Your Bibles

“That which you need on Earth is the interpretation of your Bibles, and of all the Scriptures which contain the hidden wisdom, the mystery of which St. Paul so often speaks as existing from the foundation of the world.” (As in Romans 16:25) (A Message to Earth. Edited by Edward Maitland, p. 69. See also: Selected Texts, Quotes and Glossary)

Esoteric Truths Are of the Highest Spiritual Importance, at Once Profound and Practical: They Have to Prove Both Destructive and Constructive — Destructive in the Pernicious Errors of the Past; But Constructive of New Institutions of a Genuine, Practical Brotherhood of Humanity

“The truths and mysteries of occultism constitute, indeed, a body of the highest spiritual importance, at once profound and practical for the world at large. Yet, it is not as a mere addition to the tangled mass of theory or speculation in the world of science that they are being given to you, but for their practical bearing on the interests of mankind. (…) They have to prove both destructive and constructive — destructive in the pernicious errors of the past, in the old creeds and superstitions which suffocate in their poisonous embrace like the Mexican weed nigh all mankind; but constructive of new institutions of a genuine, practical Brotherhood of Humanity where all will become co-workers of nature (…).” (K.H. The Mahatma Letters to A.P. Sinnett, n. 6, p. 23)

Secret of the Spiritual Failure and Unconscious Egotism of this Age: Lack of a Universal Moral Law or Principle

“The philantropy you Western thinkers boast of, having no character of universality; i.e. never having been established on the firm footing of a moral, universal principle; never having risen higher than theorethical talk; (…) is but a mere accidental manifestation but no recognised LAW. (…) This, I think is, the secret of the spiritual failure and unconscious egotism of this age.” (K.H. The Mahatma Letters to A.P. Sinnett, n. 28, p. 215)

Universal Brotherhood Is a Law in Nature

“Brotherhood, then, in its full meaning, is a law in nature. Stress has more than once been laid on this in our meetings, but not too much stress has thereon been laid. For it is the very object, the desire, of our work that brotherhood shall become practical in society, and it will never become practical until men understand that it is a law, and not only an aspiration. It is a common experience that when men have discovered a law of nature they no longer fight against it. They at once accomodate themselves to the new knowledge. They at once adapt themselves to the newly understood conditions, and in that very way we have preached brotherhood. And yet brotherhood is but so little known in our world.” (Annie Besant. The Spiritual Life, Vol. II, p. 160)

Universal Brotherhood: It Is the Only Secure Foundation for Universal Morality

“The term “Universal Brotherhood” is no idle phrase. (…) It is the only secure foundation for universal morality. If it be a dream, it is at least a noble one for mankind: and it is the aspiration of the true adept.” (K.H. The Mahatma Letters to A.P. Sinnett, n. 4, p. 17)